Railways provide a safe and sustainable form of transport worldwide. Whilst the actual level of safety achieved can vary widely, even within economically developed areas such as the European Union, railways are typically safer than all other transport modes with the exception of commercial aviation.

The methods used to collect safety data can vary widely between railway administrations as can its quality, making comparisons on a global basis difficult.

Work by the European Railway Agency dating from 2013 suggested that the risk of death for a train passenger within the EU is around 0.16 fatalities per billion train kilometres, nearly one third that for bus and coach passengers and around 27 times less than for car occupants.

A study by the UK Office of Rail and Roads in 2013 compared passenger and workforce fatality rates for the period 2007 to 2011. The resulting ranking can be very sensitive to small number of serious accidents but usefully show the variation in the levels of safety achieved across the EU. 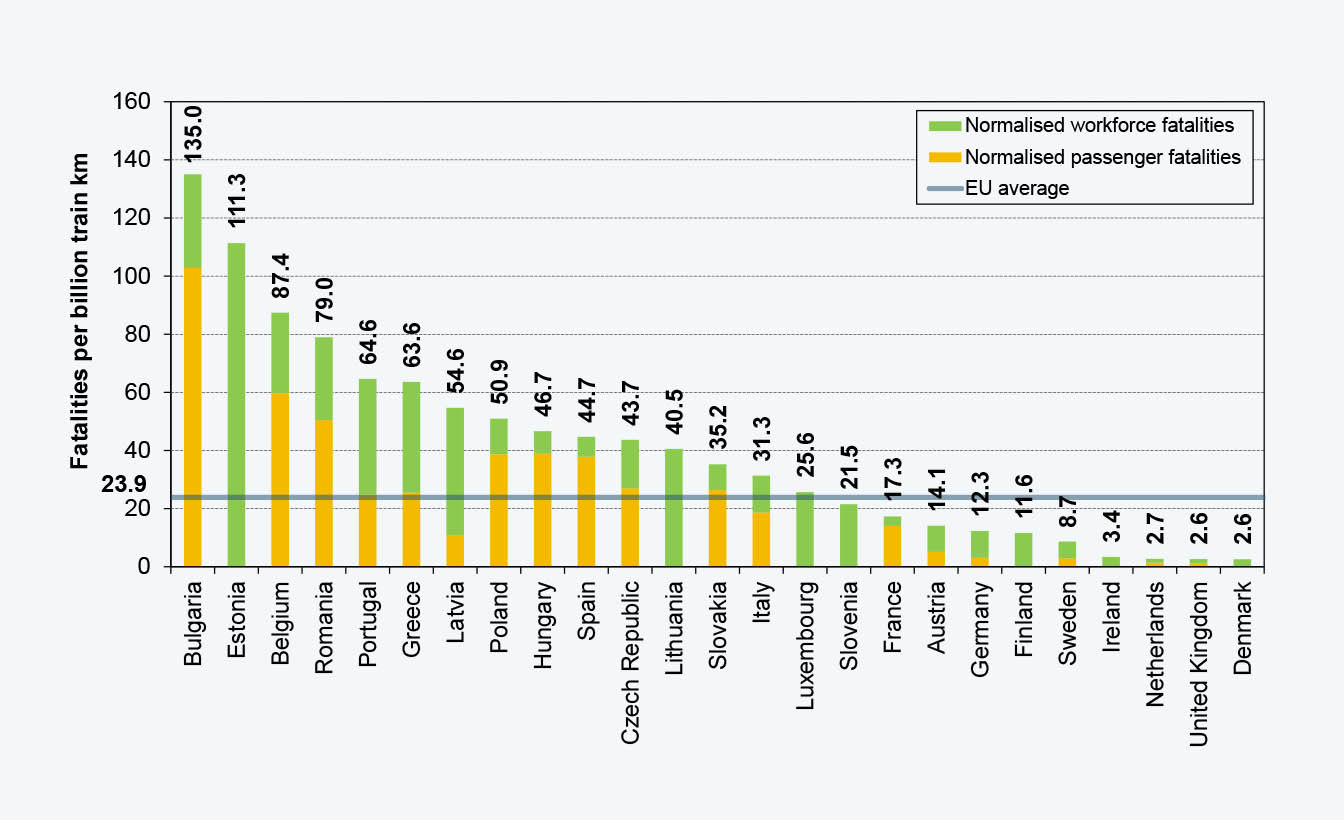 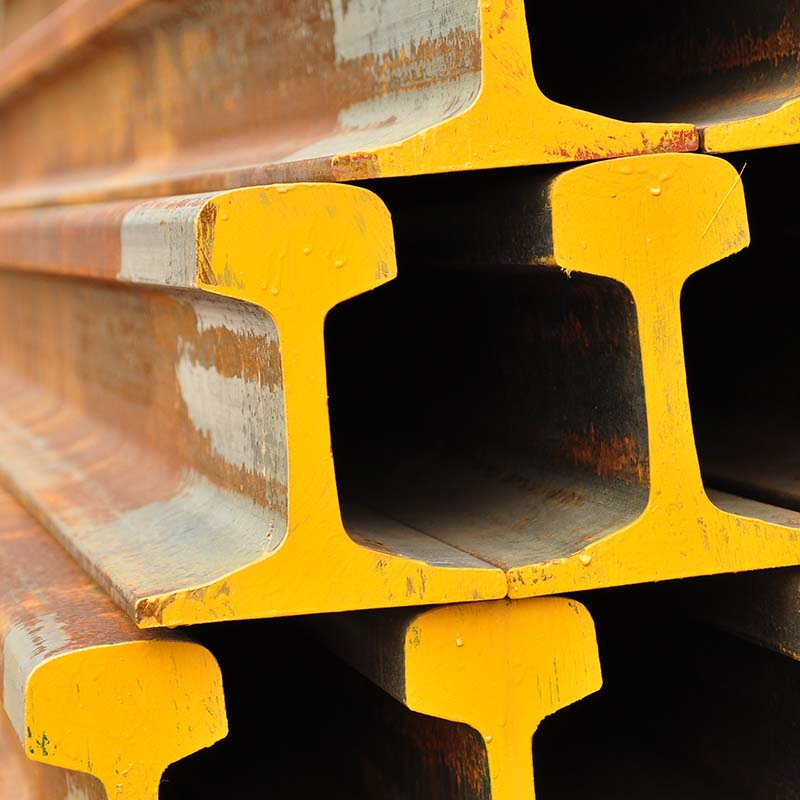 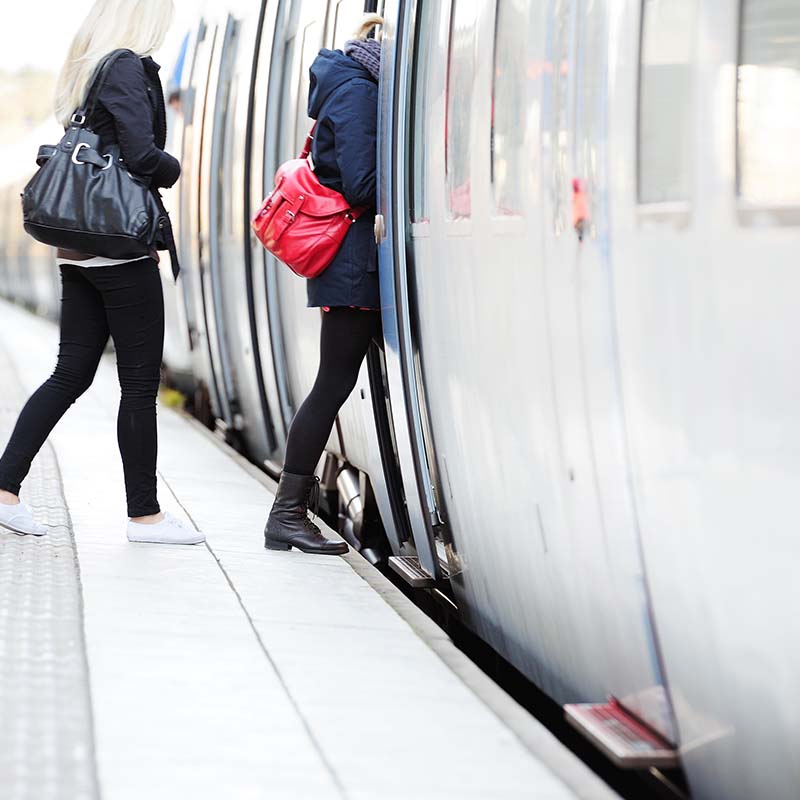 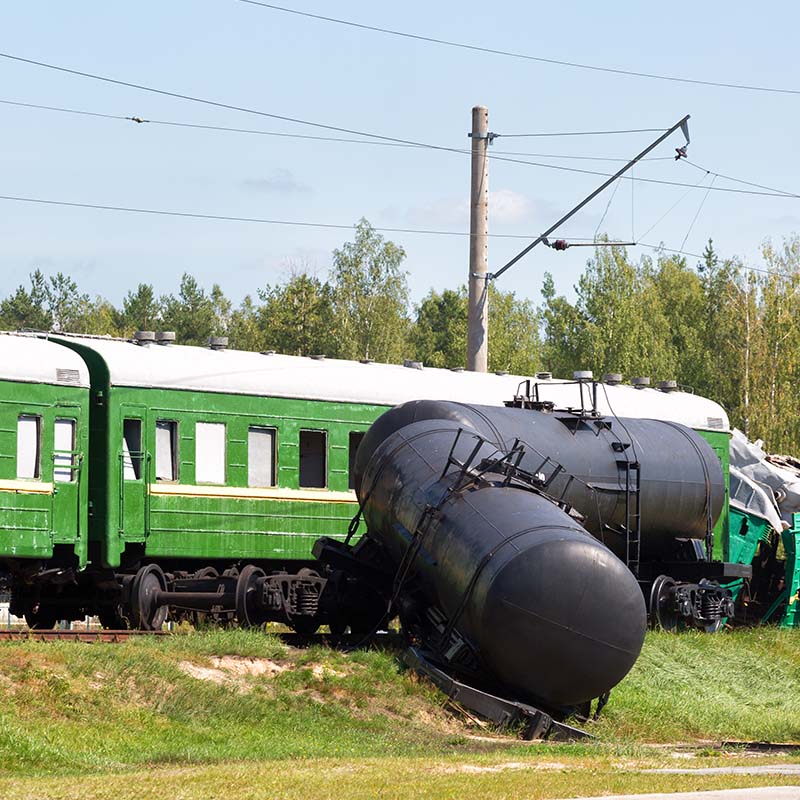