Whilst the environment, operating conditions, regulatory requirements and maintenance practices of railways can vary widely, many of the risks which the industry must manage are common to operators and infrastructure managers worldwide:

Collisions can occur between two or more trains or between trains and infrastructure. Collisions between passenger trains travelling in opposite directions at speed are very rare but the consequences are usually serious. Railways operate signalling systems with varying degrees of complexity to ensure the separation of trains. There have been several recent high-profile accidents involving head-on collisions in Germany and Spain. More common occurrences include low speed accidents in stations, depots and yards. Train collisions can have a number of causes: drivers passing signals at danger, faulty routing, speeding, division of trains, poor wheel-rail adhesion and technical and human errors in the signalling system. The introduction of train-borne moving block signalling such as ETCS may provide further safety benefits but also presents a number of technical challenges, particularly when transitioning between areas using different signalling systems. Train designers are also lowering the consequences of accidents by improving the crashworthiness and occupant protection of vehicles.

Derailments remain reasonably common although those leading to significant injury or loss of life are increasingly rare. They often involves just one train although further risks arise when a derailed train fouls an adjacent running line. Derailments are often related to technical failures such as poor track geometry, damaged or defective switches and crossings, wear and fatigue in the wheel-rail interface, vehicle suspension faults. Operator errors such as incorrect setting of points, excessive speed and poor driving behaviour can also result in derailments as can track. The railway industry combats the risk of derailment by implementing rigorous maintenance systems and high levels of staff competence through comprehensive training.

As the safety of passengers on trains increases, the greatest harm inflicted by the railways often arises at its external interfaces; boundaries, level crossings (referred to as grade crossings in North America) and stations. The warning devices provided at level crossings varies depending on location and usage and varies from simple signage to full barriers with sophisticated object detection. There is a multitude of scenarios in which accidents occur including road users who are unaware of the level crossing, distraction / inattention, failure of level crossing equipment or a second train unexpectedly approaching the crossing. However the most common accidents result from violations by road users ignoring the warning of approaching trains. Accidents at user worked crossings in rural areas are also common.

Trespassers present a common risk, particularly in densely populated areas. Serious injuries and fatalities are common and whilst they do not represent a significant risk to passengers, such events cause both serious disruption and significant psychological trauma to the victim’s family and railway staff and emergency services who have to respond to them. Modern trains are surprisingly quiet and trespassers often only realise the danger they are in when it is too late. Fences, public announcements, education campaigns and police patrols are used to deter trespassers persistent trespass is a problem commonly faced by the railway industry.

Despite the high level of safety achieved for rail users, railways have traditionally been a relatively high risk industry for staff both in terms of injuries and fatalities. Track workers are especially vulnerable due to their exposure to moving trains and high voltage electricity, the use of heavy plant and equipment, exposure to poor environmental conditions and frequent need for working anti-social hours. As a result, the industry has implemented a range of measures which have improved worker safety including use of high-visibility clothing, safe-working procedures on track, safety culture interventions, permits to work and various technologies to warn workers of approaching trains. These measures have been successful in lowering accident rates but this remains an area of attention for the railways.

Other railway staff are also exposed to a range of risks which include slips, trips and falls, injuries from moving trains and assault from passengers. As worker safety has improved, accidents involving railways staff driving road vehicles have become and increasing concern.

The key risks which require management at stations are typically slips, trips and falls (particularly on stairs and escalators) and boarding and alighting incidents at the interface between the train and the platform. Security of both staff and passengers can present problems and control of large numbers of passengers to allow safe free-movement in heavily used stations is also a concern. The range of measures used to control these risks range from careful design of stations, clear signage and use of CCTV to staff training, cooperation with police and security services and technological solutions such as the use of platform doors.

Sadly, it is not uncommon for the railways to be used by those wishing to end their own lives. In addition to the victim and the distress caused to their families, this can lead to significant disruption and psychological trauma for railway staff, passengers and members of the emergency services. Due to the nature of these incidents, the industry has found it difficult to influence significant reductions in the rate of railway suicides. Potential control measures have included changes to station design, staff training and working with specialist organisations who can provide support for people in crisis.

Due to its comparative safety as a mode of transport, railways are often used for the carriage of dangerous goods such as chemicals, petrol, liquefied gasses and nuclear waste. These require a range of measures to control the risk which may include special train formations, improved maintenance of vehicles and track, routing away from heavily populated areas and special handling and security. Requirements for the safe transport of dangerous goods by rail across borders are controlled by international laws. 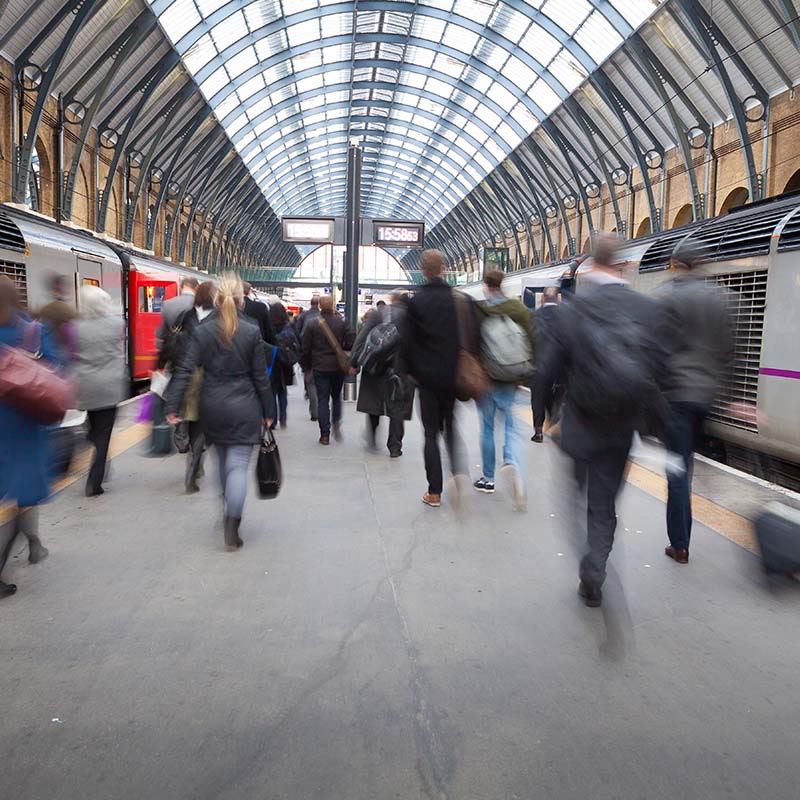 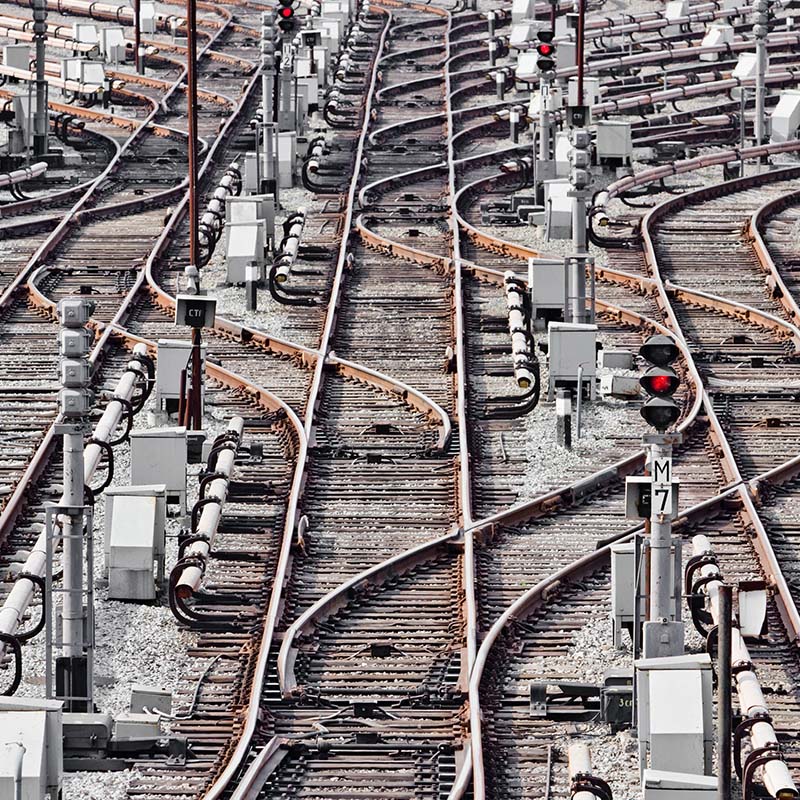 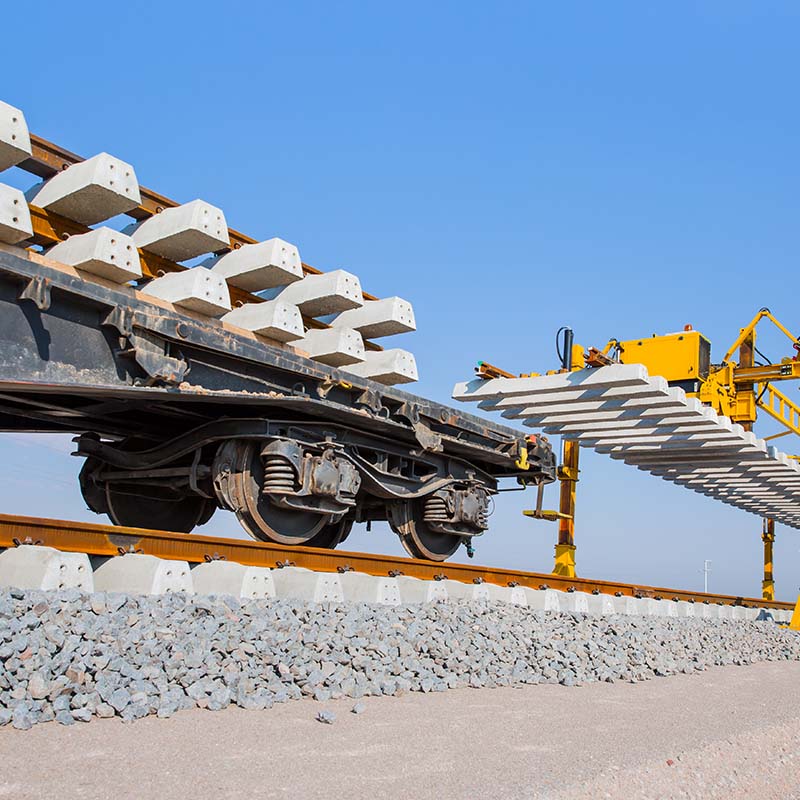